My name is Katherine Ostiguy.

I have been in love with Shetland Sheepdogs for nearly twenty years.

As a child, my family dog was a wonderful English Springer Spaniel named Tessie. At the ripe old age of eleven, I started taking her to the local obedience training facility and trained her from a motorcycle-chasing, food-snatching, furniture-chewing hooligan to numerous AKC and UKC titles in obedience, rally, agility, and weight pull.

I was not born into a "dog family," with the exception of an aunt who bred Saint Bernards many years ago, so I had to go it alone. I read every book and website about dogs that I could find. It took many, many years of convincing before I could get rides to agility trials and dog shows. During my freshman year of high school, my mother drove us to my first agility trial. I had a lot to learn, but I was completely hooked.

I had always been fascinated by Shetland Sheepdogs - blue merles in particular - but was initially unimpressed with the shelties I saw at agility trials. They didn't look like the dogs in the books and websites I grew up with: little coat, mottled colors, and the barking! But I knew I didn't want another Springer due to the huge divide between the field and show dogs, so I kept my eyes open.

I talked to several people and kept being directed to Alanna Kelly's up-and-coming performance sire, Striker. In November of 2007, my partner Daniel and I brought home his son Strata, our first sheltie. I joined Colonial Shetland Sheepdog Club shortly thereafter.

Strata was everything I wanted and needed after a decade of begging Tessie (who was 150% certain she was my mother's dog, thank-you-very-much) to work with me. From the day we brought him home at nine weeks old, Strata was a handsome, eager-to-please dog with a heart of gold. He unfortunately went oversize, preventing me from trying my hand at the breed ring.

By the time Strata turned 6 months old, I had a few short months to enjoy junior showmanship. At our first show, we won Best Junior Handler at the Colonial Shetland Sheepdog specialty. We earned enough points in UKC to qualify for Premier the following year, where we made the finals and placed 5th overall.

Along the way, Strata's co-breeders Vicki Rolls and Terri Little took me under their wing and showed me the ins and outs of presenting shelties in the breed ring. I am so thankful to have them as mentors.

For several years, my sole focus was competing with Strata in agility. We have earned two Master Agility Championship titles, competed at International Team Tryouts, made USDAA Regional finals, and competed at our third consecutive AKC Agility National Championship in 2015. Because of a back problem, Strata's ground speed does not reflect his level of drive or training, but we do our best to be competitive regardless.

In late 2012 Vicki and Terri were visiting an agility trial with a blue merle puppy I had admired since he was 5 weeks old. At four months old, he'd just hit a growth spurt and was a bit tall for his age...

I looked at Dan. Dan looked at me. We brought Spark home the next day.

These first two years with Spark have been a whirlwind of dreams fulfilled. My first show dog! He won Best of Breed over multiple specials at his very first show for a 2-point win at six and a half months old. In UKC, he finished his championship in one weekend of wins, including a Group 1st. Not just a pretty face, Spark has earned multiple AKC agility titles, and shows a lot of aptitude for obedience and rally.

I shelved my childhood dream of breeding shelties for two reasons: personal circumstances, and not owning a bitch!

But that all changed in late 2014 when Carolyn Ing and Kim Schive of Foxglove Shelties expressed interest in breeding to Spark. They generously signed me on as co-owner of their bitch Vespa, who whelped five lovely puppies in February 2015. Another dream fulfilled.

My goal is to produce shelties that not only meet the breed standard, but also excel as companions and performance dogs. Strata set our personal standard for temperament, and Spark has set our standard for versatility. I look forward to what the future brings. 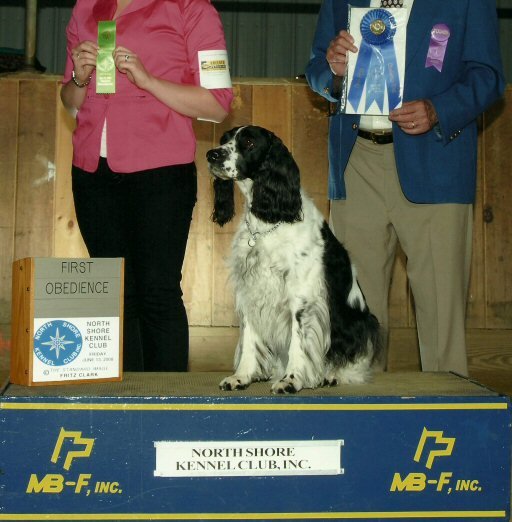 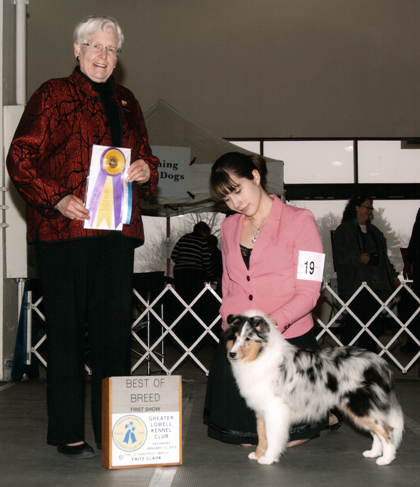 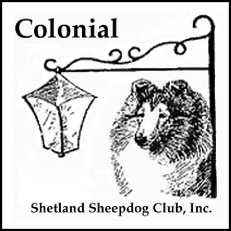